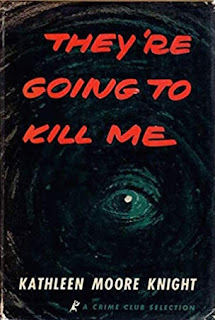 The other Korean War veterans:

Synopsis: It is the Christmas season and Lance Hardy has returned to his Boston Beacon Hill home from the Korean War. He lives with his two old-fashioned aunts, Amelia "Amy" and Cecilia "Cissy". He reunites with long time casual girlfriend Susan Carey, who is becoming increasingly disenchanted with him and his privileged airs.

Five of his war "buddies" meet in a bar. They are ganging up on Lance, who had abandoned them in Korea, leaving them to become prisoners of war. They are bent on revenge but disagree on specifics. Four are for killing him, with Greyson Fiske the holdout.

A couple of scare attacks are made on Lance as he and Susan stroll about Boston. Greyson Fiske takes on the role of protector.

A cheap Velma Larkin shows up and contacts Lance. They had a brief affair while he was in training. Velma claims they have a child and knowing of his wealthy background, asks for money - or marriage. Max Tully takes the first step of revenge and kidnaps Lance and holds him hostage. Susan and Grey search for Lance, and go to Velma's apartment, to find her dead.

An enjoyable pre-Christmas read, as it is set in familiar (to me) Boston; and in the Christmas season. The streets, parks, and subways are described with accuracy. The action starts off a bit slow and stretching believability a bit when the veterans engage on their petty revenge campaign by playing a certain song to scare Lance. It starts out looking like a Lance/Susan romance, but that quickly deteriorates.

However, it soon turns serious with the threatening appearance of Velma, and the abduction of Lance. When Velma is found dead, circumstances point at Lance as the killer. Action builds to a tense climax, with a surprising turn of events. This book does not disappoint, and a good read especially for those familiar with the streets of Boston.

If you enjoy mysteries set in Boston, also see Waylaid in Boston by Elliot Paul.